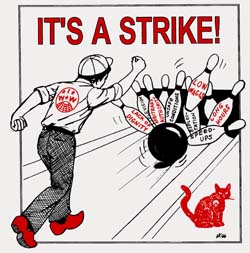 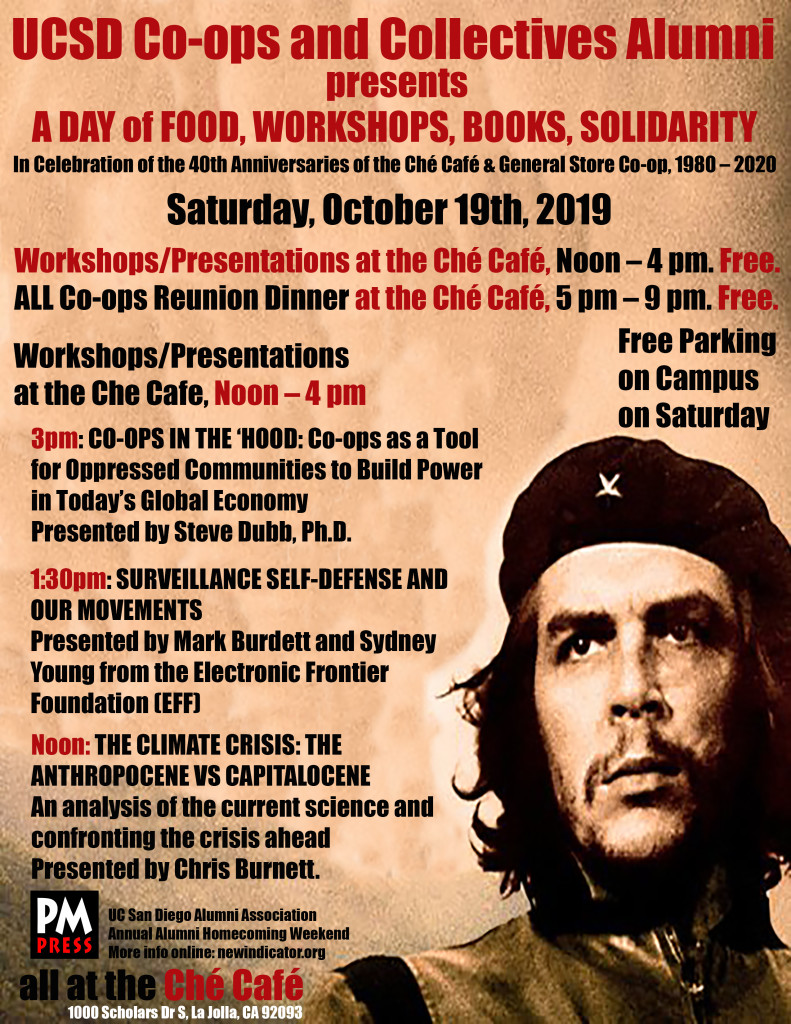 This September, millions of us will walk out of our workplaces and homes to join young climate strikers on the streets and demand an end to the age of fossil fuels.

Our house is on fire — let’s act like it. We demand climate justice for everyone.

This is an action of #FridaysForFuture and #ClimateStrike

“Strikers are calling on people from all around the world to join a week of escalated climate action. This begins on the 20th of September with a youth-led climate strike, which will culminate in the first ever global general strike on the 27th. We’re calling on everyone to join this movement and stand with the youth who have been sacrificing their education to unleash an unprecedented demonstration of unified resistance around the world.

“This is just the beginning: Plans are already in place for further action to continue pressuring governments and corporations. The next wave of internationally coordinated actions begins in October with the first materialisation of what will continue into 2020 as a convergence of many organizations united as a “movement of movements”, marking a turning point in human history.”

Photo: https://popularresistance.org
What is the Extinction Rebellion?
The Earth, including its mantle of atmosphere,
is suffering.
With entire ecosystems dissembling before changing climates,
life on Earth as we know it is at stake.
From Monday 15 April, Extinction Rebellion is taking action on the streets of cities all over the world – from Auckland to Accra, Mexico City to Vancouver – over multiple days to demand that governments take necessary action on the global Climate and Ecological Emergency.
Extinction Rebellion will peacefully block traffic around the clock. This will be a full-scale festival of creative resistance, with people’s assemblies, art actions, stage performances, talks, workshops, food and family spaces.
Rupert Read and Alison Green talk with Rob about the rebellion to put off the Anthropocene extinction – the Extinction Rebellion (click here).

Why in the US?  Because our institutions have proven themselves incapable of addressing the climate crisis.  Therefore, we must do more in addition to lobbying and protesting congress, more in addition to using nonviolent direct action to stop fossil fuel infrastructure . . .
Rebellion is collectively our last best chance.
.

Join San Diego youth as we strike for the Green New Deal and other necessary actions to solve the climate crisis. If you are unable to join us, consider organizing a strike, walkout, or other action on your campus! Learn more about our movement at youthclimatestrikeus.org

We are at a turning point in history. Our futures are at stake. We call for radical legislative action to combat climate change and its countless detrimental effects on the American people. We are striking for the Green New Deal, a fair and just transition to decarbonize the US economy, and other legislative action that combats the effects of climate change. We stand in solidarity with Greta Thunberg and all youth strikers worldwide as we demand action on this issue.

We are running out of time, and we won’t be silent any longer. We, the youth of America, are striking because our present and future on this planet are at stake.

And we are determined to do something about it.

Please turn out for one or both of these protests.
https://www.facebook.com/events/307445583304057/
https://www.facebook.com/events/2194501577534513/
Friday at 4:30 PM – 6 PM
San Diego Federal Courthouse
333 W Broadway, San Diego, California 92101
Saturday at 1 PM
County Administration Center
1600 Pacific Hwy, San Diego, California 92101
These are in response to the national Veterans For Peace call for an international day of locally organized protests. See https://www.nowaronvenezuela.org/?fbclid=IwAR2HOS8xv-o3aTyKgjUgZWySI9YSwjr_7VTMDFCNi4OFrL_ Wd_BNE1U1UpQ

NO WAR FOR OIL!

Full calendar of events for January 2019 at https://enerozapatista.wordpress.com/

San Diego March in Solidarity with the Refugee Caravan

An evening with George Mann

Friday October 26 at 7:00 pm at
U.N.I.T.E.-H.E.R.E.! Local 30 union hall
2436 Market St
San Diego, California 92102
.
The San Diego IWW presents an evening with George Mann playing IWW classics and originals. DJ Greyshade will spin folk and world music. There will also be food, drink and tabling by local anti-capitalists.
.
All ages. $5-$15 suggested donation. Nobody will be turned away for lack of funds.
.
A former union organizer, George Mann hails from New York and has been creating labor and protest music for more than 20 years. He has worked with and produced albums featuring such folk music legends as Pete Seeger, Utah Phillips, and Tom Paxton, and produced national tours of the US and Australia in honor of the Almanac Singers (2013) and Joe Hill (2015). George brings his experience as a union organizer and educator to his concerts– stories and songs about real events and the struggle for a better life. In 2016 he released a solo CD “For the Road and the Sky,” and “Until You Come Home: Songs to Heal the Wounds of War,” a compilation CD of songs about the effects of war on those who serve. His latest CD, “One At A Time,” is being released in September.
.
For more information contact us at sdiww@iww.org or at (619) 630-5537.
See also:
http://georgemann.org/

This three day conference in Los Angeles, California will make space for connection, education, skill-building, and sharing, for worker-owners and our partners working to create better jobs and a fairer economy.

This moment in U.S. history is pivotal — we are taking this opportunity to catalyze workers across the country, joining with larger cooperative and economic justice movements to create the change we want to see.

See website of U.S. Federation of Worker Cooperatives at https://conference.coop/2018-conference/home/

A Proposed Amendment to the San Diego City Charter:

A Commission on Police Practices

The community doesn’t trust police oversight where the police investigate themselves.

We need a strong Commission that:

UPDATE: June 27, 2018, 10:00 AM ETA federal judge ruled against Trump’s family separation policy—but we know the administration will fight back. We have momentum and we cannot slow down now since the the court ruling alone isn’t enough and could be overturned. Our mobilization, in over 600 locations around the country and still growing, is critical to showing the widespread public demand for just immigration policies—because families belong together … and free!

Donald Trump and his administration are cruelly separating children from their families.

But we won’t allow it to continue. On June 30, we’re rallying in Washington, D.C., and around the country to tell Donald Trump and his administration to stop separating kids from their parents!

Trump and his administration have been systematically criminalizing immigration and immigrants, from revoking Deferred Action for Childhood Arrivals (DACA) to ramping up intimidating ICE tactics.

Join us on June 30 to send a clear message to Donald Trump and Republicans in Congress: Families Belong Together!

Breaking: the Senate is about to vote on a resolution to save net neutrality and stop ISPs from ruining the Internet. Starting May 9th, put your website, app, or social profile on “Red Alert” to help sound the alarm. See https://www.battleforthenet.com/

Film showing of “The Wobblies” and potluck, MAY DAY WEEKEND, APRIL 28

.
SAVE THE DATE. MAY DAY WEEKEND, APRIL 28.
.
IWW San Diego General Membership Branch (aka, Local 13) invites the whole revolutionary working class to join in a potluck and film showing and conversation on Saturday, April 28 from 5 pm until about 9:30.
.
This is in observance of International Workers Day, May Day (early).
.
We will be at the U.N.I.T.E.- H.E.R.E. Local 30 at 2436 Market St, San Diego, California.
.
Free of charge.
.
Please bring people with you. Please share our Facebook event at https://www.facebook.com/events/229237101146646/?active_tab=about
.
Bring food if you can.
Nobody turned away, except the Bosses.
. 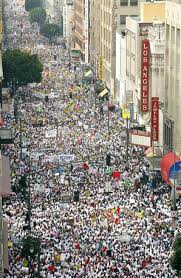 “Black Snake Killaz” is a feature-length documentary about the resistance to the Dakota Access Pipeline. This film explores actions taken by water protectors to stop the construction of the oil pipeline and highlights actions taken by law enforcement, military, and corporate mercenaries to quell the months-long protest. The film timelines the historical events that unfolded in Standing Rock throughout 2016. Although the Dakota Access Pipeline is completed, the impact of the movement will be long-lasting. As fossil fuel extraction projects continue to impact some of the most vulnerable communities throughout the United States of America, the importance of the water protectors’ story grows. View the trailer at www.s.coop/26bew. The Ocean Beach Green Center is located at 4843 Voltaire Street #B, 92107. Free of charge

We are strong, beautiful, and demand respect.

Now we are ready to march for black women. We are strong, beautiful, and demand respect.

If you would like to donate to this cause, please use this link paypal.me/M4BWSD 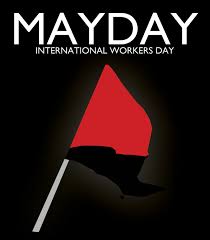 to Celebrate the May Day weekend.
Sat., May 2, 2015, Noon to Dusk
Refreshments, Music, Video

We are alumni and friends of: