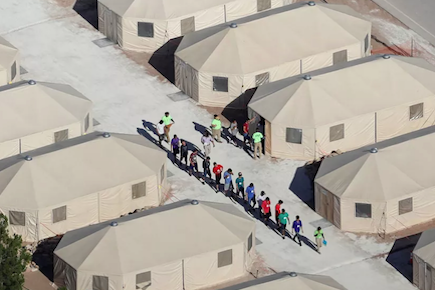 More than 600 cities saw large protests, drawing nearly a million people, on Saturday, June 30, 2018. People demanded that the Trump regime immediately stop its illegal policy of “zero tolerance” at the border. Under this illegal policy, more than 2000 children have been kidnapped by government agents and separated from their families. Many have been hidden away in locations across the country, without parents or the public being informed of the locations. Others are being kept in cages with bare floors and no furniture other than group benches. Still others are being held in tent camps surrounded by fences and armed guards. Trump has announced plans to begin placing whole families in these concentration camps, in order to “keep families together.”

At one rally Saturday, Congresswoman Maxine Waters called for the impeachment of “45”. More than 500 people, mostly women, were arrested for civil disobedience at another protest in Washington, D.C. Elected officials and the corporate media are shy about reporting the fact that the “zero tolerance” policy is not only a violation of US law regarding the rights of refugees seeking asylum. There has been nearly zero reporting of the fact that Trump’s policy violates international law and constitutes a crime against humanity. Prominent medical and psychological professional associations have nevertheless publicly stated that this kidnapping and imprisoning of innocent children is child abuse and a form of torture.

In San Diego County yesterday, thousands attended protests at the County Administration Building in San Diego, in National City, in the City of Carlsbad and in Ramona. These followed a week of similar protests around the County. Protests are continuing across the country. 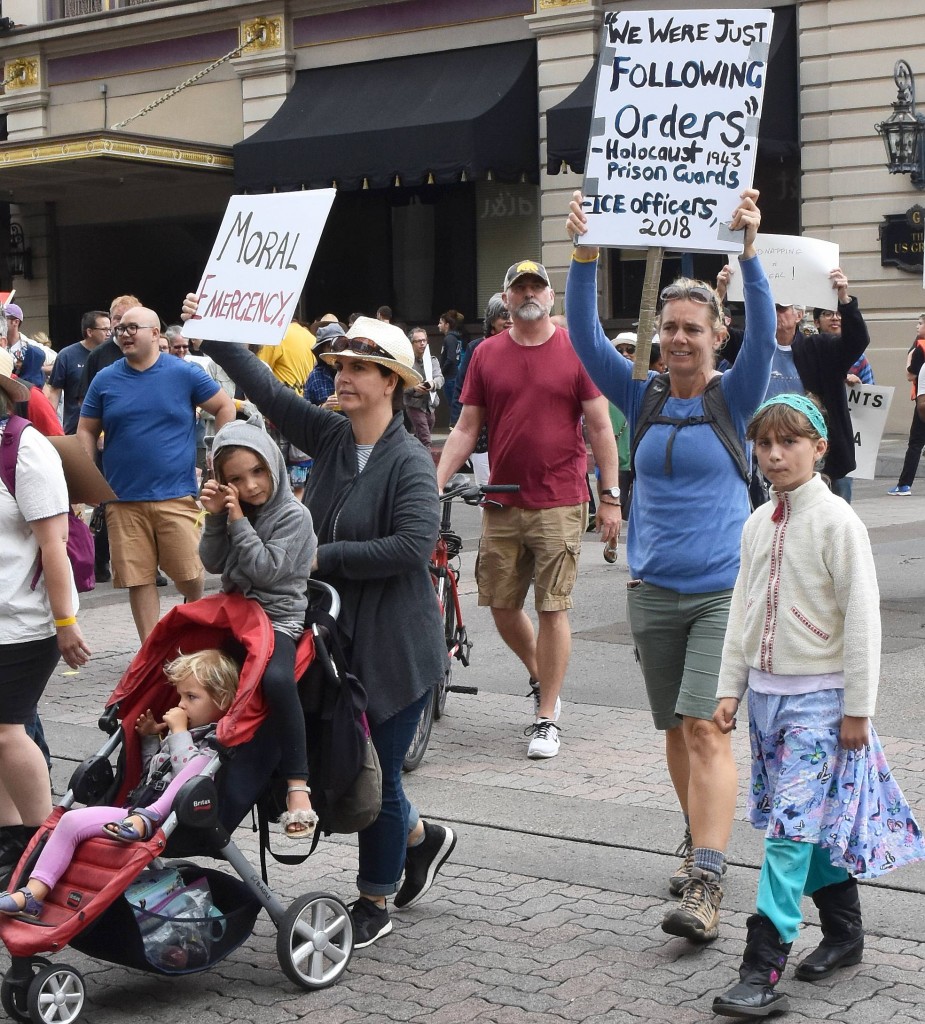 No comments yet Categories: Uncategorized
« Veterans Condemn Trump’s ‘Zero Tolerance’ Immigration Policy
The Janus Decision: Obstacles or opportunities? American working families can’t sit on the fence any longer, in the face of this direct attack »