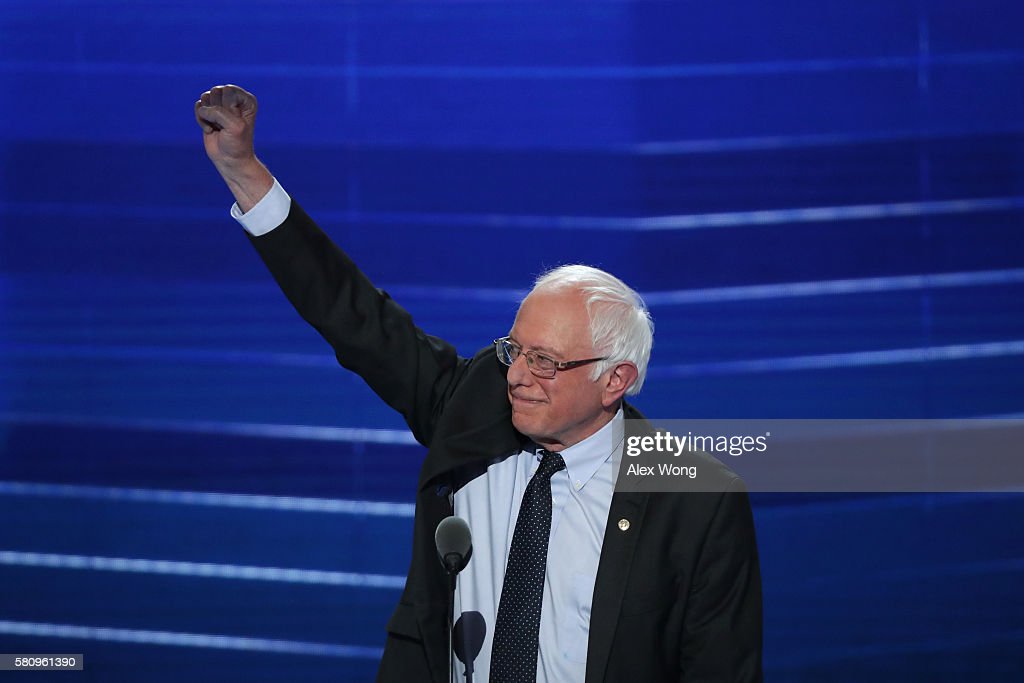 [New Indicator presents here Kshama Sawant’s open letter and we make an invitation to all left groups to engage in a public dialogue around Sawant’s proposal for how we might use the Sanders campaign. This is NOT the same as asking people to merely talk about their views about the Sanders campaign itself. We will publish here statements about the Sawant proposal from left organizations, without editing. New Indicator does not endorse any political party nor any political candidate. New Indicator does support building a “new society” in which working people democratically control  the economy and our own destiny. We do not usually publish what one left organization thinks about any other left organization or left individual. The Sanders campaign is a rare exception to our rule.  With over 13 million votes in the 2016 primary elections, the Sanders campaign offers us all a larger audience for talking about “socialism”. Please send all response statements to info@newindicator.org  ]

Yesterday, Bernie Sanders formally launched his 2020 run for the U.S. presidency, vowing to mount “an unprecedented and historic grassroots campaign that will begin with at least one million people from across the country.”

In the first 24 hours, he had already raised $5.9 million in donations and has more individual donors than all other current presidential candidates combined.

Certainly, Bernie’s new campaign has a far higher starting point than when the Vermont Senator first called for a “political revolution against the billionaire class” in the spring of 2016 and was overwhelmingly ignored by the corporate media. While it is still early, Sanders is well poised to politically define the coming Democratic primary.

Sanders’ video announcement yesterday began with the declaration: “Real change never takes place from the top on down, but always from the bottom on up.” I fully agree. And that is why Socialist Alternative and I will be working with others to launch grassroots campaigns in communities, unions, schools, and workplaces across the U.S. to build a mass working class fightback around Sanders’ campaign.

There is a great deal at stake in this election. Trump urgently needs to be driven out, and socialists and the left must take full advantage of the potential to organize alongside the millions already moving into struggle and who now will be mobilized around Bernie.

But we should also heed the lessons from 2016, when the Democratic primary was rigged against Bernie: with the Democratic National Committee (DNC) actively organizing against him, maneuvers in a series of state caucuses and primaries, the threat of the undemocratic superdelegate system, and with the corporate media and “progressive” Democratic figures leading waves of blistering attacks.

Working people need our own party, independent of corporate money and power, and that fights alongside our movements rather than against them.

I think Bernie should run as an independent socialist, as I have, and use his campaign to launch a new mass party for working people, instead of running inside a corporate party whose leadership is determined to stop him at all costs. Bernie unfortunately has made his decision and is running in the Democratic primary, but it is not acceptable that our political movement becomes imprisoned in this process. The 2016 election had terrible political consequences. Prior to launching his first campaign four years ago, Sanders said he was considering running either as an independent or as a Democrat and that he wanted to hear what people thought. This time he has bypassed that discussion and is making a fundamental mistake, though undoubtedly many people agree with him on a pragmatic basis or out of hope that the Democratic Party can somehow be remade into a people’s party.

While it is certainly true that Bernie will gain an enormous platform in the Democratic primary, declaring now that he was running as an independent and using his campaign to lay the basis for a new party would create a massive earthquake in American politics. In a column in the New York Times today entitled “Is America Becoming a 4-Party State?”, Thomas Friedman attacks the new left around self-described democratic socialist Alexandria Ocasio-Cortez but correctly points out that “political parties across the democratic world are blowing up” and that there is the basis for a real left party as well as a far right party.

If the Democratic establishment succeeds in once again blocking Bernie, he should continue his run as an independent candidate all the way to November, 2020. History doesn’t offer an unlimited number of opportunities to build the kind of political force working people need, and we must learn from the past. If the Democratic leadership again succeeds in ramming through another status quo candidate, there is a risk Trump could win re-election in spite of his unpopularity and poor standings in the polls at present. Certainly an establishment candidate may also be capable of defeating Trump, as many such candidates won in last fall’s midterm elections, which were essentially a referendum on the administration’s right wing agenda. But we do not in any way accept that the politics of Joe Biden or Kamala Harris are an asset in defeating the right or that their bankrupt corporate politics represent the views or needs of working people – it is quite the opposite.

Sanders today is the most popular politician in the country, and the working class demands at the center of his 2016 campaign – Medicare for All, free public college, and a federal $15 minimum wage – have been thrust to the center of American political discourse. While long popular, they now have overwhelming support in the polls as a result of Sanders and grassroots forces backing them. Many establishment Democratic Party politicians have had to at least pay lip service to them, including candidates like Kamala Harris.

In 2016 and since, Sanders’ self identification as a “democratic socialist” has played a big role in creating a mass discussion about socialist ideas, a process primarily driven by the failure of capitalism and its inability to provide decent living standards for the working class or a future for young people. As Sanders pointed out in his recent response to Trump’s State of the Union address, in the U.S. working people are making less than they were in 1973, adjusted for inflation, and 80% of Americans are now living paycheck to paycheck.

In recent months, Sanders joined, Ocasio-Cortez, in the call for a “Green New Deal.” This enormously popular demand has the potential to rally millions of young people and working people, in the face of a string of new reports emphasizing the looming climate catastrophe.

When asked by CBS how his new campaign would be different, Sanders responded “We’re going to win.” But as my organization, Socialist Alternative, and I have emphasized, none of these working class demands – nor Bernie Sanders himself – are at all acceptable to the ruling class. Sanders will face an uphill fight every step of the way, and all sorts of maneuvers and vicious tactics will be deployed if seen as necessary to stop Sanders from winning the Democratic Primary.

The echo for Bernie’s call in 2016 for a “political revolution against the billionaire class” caught the Democratic establishment and ruling class by surprise. Entirely out of touch, they expected him to be totally marginalized. My organization was one of very few who recognized the potential to build the working class politics Sanders represented. But this time if Bernie’s campaign gains momentum, he will face a more immediate and decisive pushback from the elite.

The crowded field of candidates in the Democratic Primary is also a different situation than the clear contrast created in 2016 with Sanders v. Clinton.

Many working people and youth will take some time to assess the different candidates running on progressive platforms, including Elizabeth Warren and Beto O’Rourke. This is understandable, but we should be clear that in spite of Sanders’ political weaknesses, which are real, none of the various candidates running as progressives represent a stronger or more reliable force for working class politics or are prepared to stand up to the billionaire class.

Elizabeth Warren, the most consistent progressive after Sanders among the field of current or likely candidates, has her own serious political weaknesses. Foremost among them, Warren does not point toward building movements of the working class, without which the key demands in her progressive platform cannot be won.

Warren also has shown less willingness to stand up to the Democratic establishment than Sanders. Bernie supporters will remember that Warren sat out the 2016 primary, when she was well positioned to impact the fight for working class politics by endorsing and campaigning for Bernie. It was only when Sanders was clearly defeated that Warren stepped in – to fully and uncritically endorse Hillary Clinton. This contributed to the situation where the main candidate facing the right populist Trump was an unpopular corporate Democratic nominee.

As working people have seen in Seattle, where I sit on the City Council, few elected representatives are prepared to stand up to big business and the political establishment. What will really be needed to win our demands and defeat the coming onslaught of the ruling class against Sanders’ is a broad independent grassroots campaign of millions of working people, with grassroots democratic structures, independent of the Democratic Party, and aimed at mobilizing the strongest possible force.

As a City Councilmember in Seattle, I have fought alongside social movements and labor to help win the $15 minimum wage, millions of dollars for affordable housing, and a series of landmark renters rights victories. All of these gains were won in spite of the fierce opposition of the Democratic establishment, which has long run Seattle City Hall. My organization, Socialist Alternative, has been the backbone of our progressive victories. Even the most well meaning of the Democratic Party Councilmembers bow to huge pressures from big business and the leadership of their own party, as we saw again with their betrayal of working people in capitulating on Seattle’s Amazon Tax last spring.

Sanders’ website opens with the familiar but powerful theme of his 2016 campaign: “Not Me. Us.” We need to make this real – not just in the fight for Bernie’s campaign and against the corporate political establishment – but in the struggle for a fundamentally different kind of politics.

Rather than wait and see what’s in store in the Democratic Primary, let’s start now.

Let’s begin building independent grassroots campaigns in our communities and workplaces, introduce resolutions in our unions to support Bernie’s campaign, and launch student groups on our campuses. Let’s use this historic moment to launch an all-out working class fightback.

But to really defeat the right wing and win the struggle for a society based on the needs of working people and a sustainable environment, we need to fight for a socialist alternative. I hope you will consider joining my organization.

Lastly, if you’re in Seattle (or even if you’re not) you should sign up to support the fight for socialist politics in Seattle, by going to our 2019 re-election campaign website. With big business furious over the Amazon Tax and other progressive struggles, we will face a huge battle this year over who runs this city – Amazon and big business, or working people.

One thought on ““Let’s use Bernie’s 2020 Campaign to Launch a Mass Working Class Fightback”, an open letter from Seattle City Councilmember Kshama Sawant”