A New Workers International is Born! 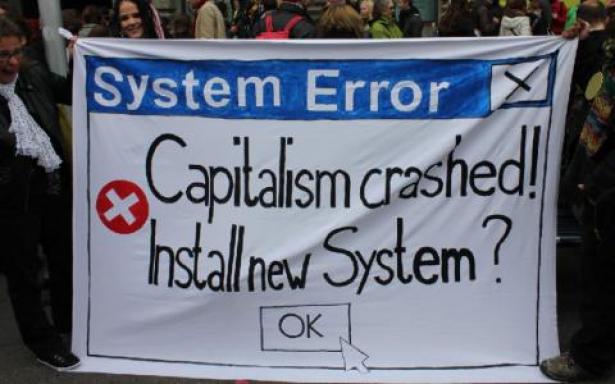 The focus of the ICL is building a visible model for revolutionary unionism, a way to build unions that are based on solidarity, direct action, and which prefigure a world which has shaken off capitalism. ICL unions have already begun to coordinate their activity among app-based workers, such as those working for Deliveroo and Foodora, leading to coordinated strikes against Deliveroo in multiple countries.

The IWW brings to the table our growing experience organizing in prisons through the Incarcerated Workers Organizing Committee (IWOC). The ICL and its member unions endorsed the U.S. #PrisonStrike earlier this year, which was co-led by IWOC. Through the ICL, the IWW has begun to make contact with unions of prisoners in other countries.

Aside from day-to-day organizing practice, the ICL allows member sections to share experience about mass working class struggles. Earlier this year, the Confederación Nacional del Trabajo (CNT – the Spanish section of the ICL) played a major role in coordinating a Feminist General Strike on International Women’s Day on March 8, which the CNT and ICL will try to build on for 2019.

The IWW’s vote to join the ICL culminates several years of joint work between these unions to bring the new international into existence. We hope to continue to develop our mutual projects and build relationships in other parts of the world. The IWW will share its experience and learn from the experience of others – to inspire and be inspired. With the continual economic, ecological, and political crises that capitalism is bringing on to us and intensifying, we need a vibrant and internationalist revolutionary unionist movement now more than ever.

Foundation of the International Confederation of Labour (CIT-ICL) in Parma

Cheers and applause greeted the international trade union confederation ICL that was founded in Parma, Italy, on 13 May 2018. For days, delegates from seven countries had discussed statutes and priorities, paving the way for a new militant International of syndicalist unions, to counter globalized capitalism and the authoritarian developments in Europe and the Americas.

Besides the CNT (Spain), USI (Italy) and FAU (Germany), IWW (USA and Canada), ESE (Greece), FORA (Argentina) and IP (Poland) are founding members of the International Confederation of Labour. Other unions expressed their interest by participating as observers in the congress, among them the CNT-F (France), FOB (Brazil), Vrije Bond (Netherlands and Belgium), GG/BO (Germany) and UVW (UK).

The union International aims to unite the struggles of workers, particularly to enable the cooperation across borders between branch groups in the same sectors and companies. Joint workshops will create opportunities to learn from each other how to win. The initial focus of the ICL will be on the food, logistics and education sectors. A joint day of action and strike on 8 March will highlight feminist struggles.

The Inaugural Congress of ICL (International Confederation of Labour) was held in Parma, Italy, between 11 and 14 May 2018. As a result, we are happy to announce the formation of the ICL, an international working class organisation.

The ICL brings together a number of anarcho-syndicalist and revolutionary unions from around the world. It is born out of their desire for closer collaboration and to add an international dimension to their local work, which will allow them to coordinate with comrades around the world and make their struggles visible to a global audience.

Its main goal is to contribute to deep social and economic transformation worldwide.

The ICL understands that any development on the international level must be based on sound local foundations in the territories of the respective unions. This International aims to be a tool to coordinate this work and to further the growth and expansion of its member organisations and of their initiatives. In the years to come, the ICL’s primary objective will be to foster the development of working class struggles around the globe.

The ICL and its member organisations understand that there is an urgent need in the world today, as always, for a revolutionary project aiming at deep social, economic and political transformation. In the face of a looming environmental collapse, of a permanent crisis of capitalism, and of the upsurge of sectarianism, fundamentalism and the rejection of diversity in many societies and cultures across the globe, it seems obvious that a radical project for social transformation is required to overcome these evils. Any such development can only be of a revolutionary nature.

However, the ICL does not pretend to be the sole agent of such a transformation. Considering the nature of the crisis of civilisation that we face, the ICL acknowledges that these changes can only be carried out by a broader grassroots, non-hierarchical movement. The ICL’s intention is to contribute to this development, according to our means, from our field of action, which is economic and labour related. We look forward to cooperating with those active in other fields, such as ecologists, feminists, workers’ collectives, squatters and antifascists.

In order to define who we are and what we stand for, the ICL and its member organisations have agreed upon a number of principles, such as solidarity, class struggle, internationalism, horizontality and federalism, independence and anti-parliamentarianism, direct action, antifascism, and the protection of the environment.

We welcome all anarcho-syndicalist and revolutionary unions to join us who are willing to be bound by our federative agreement, which is based on our principles and defines minimum standards member organisations adhere to. Those organisations wishing to join ICL but that have not reached the stage of being a formal union yet, can do so as initiatives.

The ICL does not recognise the artificial limits set by the borders of states. Therefore, more than one organisation per country can join the ICL, as we acknowledge that there can be many geographical, cultural or historical issues behind any given situation. At the same time, organisations that are active in more than one country, for whatever the reason, can also become sections.

In any case, all member organisations of the ICL have the autonomy to decide what other organisations they will work with, even on an international level. That is, they can and will develop working relationships with any group, member of ICL or not, that they consider opportune to achieve the goals required to carry their struggles forward.

As such, it is foreseen that the ICL and its member organisations will develop a wide range of contacts and working relationships in the near future. These can involve unions that are not part of ICL or any other organisations that share our revolutionary aims and our fundamental principles but that are active in a different field than ours.

We sincerely hope that the foundation of ICL, which we enthusiastically welcome, will encourage the development of a movement that is both revolutionary and transformative for workers across the planet. Without a doubt, this is the main goal of our International.

We invite all those who share our aims and principles to joins us in building this movement, and we hope to develop a collaborative and working relationships with all of you in the near future.

The future is ours! We are the future!

Miguel Perez, acting secretary, on behalf of the Liaison Committee of the International Confederation of Labour.