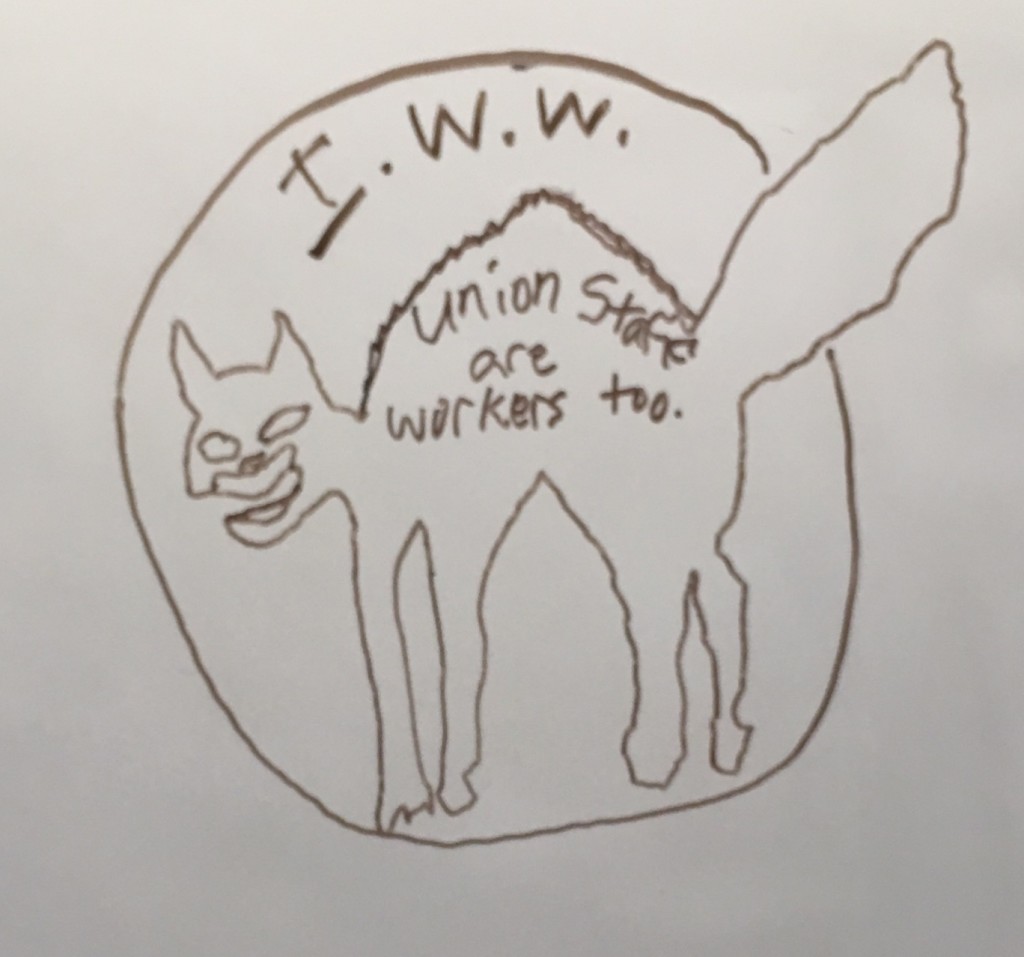 Lola Ruiz Spears is a labor organizer for UAW 2865. Previously, she was an adjunct professor in San Diego, CA, where she served on the Executive board of AFT 1931. Lola has been an active organizer with the Party for Socialism and Liberation for several years.

In January of 2018 the Los Angeles branch of IWW was contacted by a group of staff organizers and clerical staff who work for UAW Local 2865. The local is state-wide and represents graduate student workers at nine University of California campuses. The union staff had decided to organize a union with the intention of securing a contract, and reached out to the IWW branch for assistance and questions about affiliating.

The organizing committee won voluntary recognition quickly. Bargaining sessions commenced between the new IWW job branch and the UAW 2865 executive board soon after that. The new contract between Industrial Workers of the World – General, Legal, Public Interest, and Financial Office Workers Industrial Union 650 and United Automobile, Aerospace, and Agricultural Implement Workers of America Local 2865 – University of California Student-Workers Union was ratified by both parties May 2018. The job branch has elected two “delegates” (shop stewards), one in San Diego for the southern region and one in Berkeley for the northern region. Lola Ruiz Spears is the southern region delegate.

Before organizing, our wages were far below market value, and in fact a violation of UAW 2865’s own bylaws. This was a bit of a sore spot, but it wasn’t the driving factor behind our unionization. I personally was a survivor of both sexual harassment and sexism while on the job from a member of the local I work for. After informing management of this and repeatedly asking for a sexual harassment policy and procedure, they consistently kept putting our request on the back burner, so we decided to take matters into our own hands. Besides, who is more equipped to develop a policy that will directly affect workers other than the workers themselves?

We work for a union (UAW 2865) that prides itself on being militant, member-driven, and democratic. We knew that in order for them to take us seriously and have respect for us, we needed to demonstrate to them that we, too, were radical–perhaps even more radical than they were. We chose to organize as IWW because their long-standing anti-capitalist stance and militant tactics of fighting the bosses, while organizing workers under the most dire of circumstances not only shielded us from criticism from those who might call us “careerists”, but because we too are militant and anti-capitalist, not just in words but in praxis. Our negotiating reflected this in that we stood together as one and would not budge if one worker was offered something better than another, a time honored tactic to divide a shop. Our IWW shop understands that solidarity leads to power.

As for building our shop local, I’m not sure that I have any visions for the future as of right now. We negotiated ourselves a pretty sweet contract! I guess that’s what happens when a bunch of organizers create a staff union! I suppose having more organizers would greatly help. With only three full time field organizers for nine UC campuses, we’re extremely overworked. One thing I’m really proud of that we’ve negotiated in our contract is our closed shop–any new full-time staff must join our union. Also 100% health insurance coverage, which is unheard of this day and age.

We haven’t really networked with other staff unions, partially because we’re really busy between organizing for the union that we work for while also organizing and maintaining our own union, in addition to the organizing in the political organizations that many of us belong to outside of work. Still, I’m curious to hear their stories and learn from them and their struggle. Staff organizers are workers, too!

Since I’ve started labor organizing, I’ve come to the realization that the most meaningful and revolutionary organizing happens in the workplace. Worker power comes from our labor, so focusing on organizing workers is the key to our collective liberation from capitalism. After Janus vs. AFSCME, and along with the anti-working class Trump administration, we might see public sector unions further eroded, but as a Marxist, I look to history as my laboratory for future hypotheses, and history shows us its cyclical nature of the rise and fall of people’s movements. Still, despite wins and losses, we have and continue to push worker’s rights further into the future than they’ve ever been before in the long history of humanity. Two steps forward, one step back is the dance of the struggle. When Janus inevitably takes away the rights we’ve come to take for granted, the rights former workers won with their own blood, the collective spirit of the workers will coalesce again. Things might have to get real bad for us to respond in kind, but respond in kind we will. With the rise of neo-fascism and our present history echoing the 1930s in both Hitler’s Germany and the Great Depression in the U.S., we will have no other choice than to tear the fascists down. Yet this time we will learn from our past mistakes and reject any kind of “new deal” type offers that would quell our rebellion and inevitable victory, allowing a new age organized by working people, for working people, to emerge.